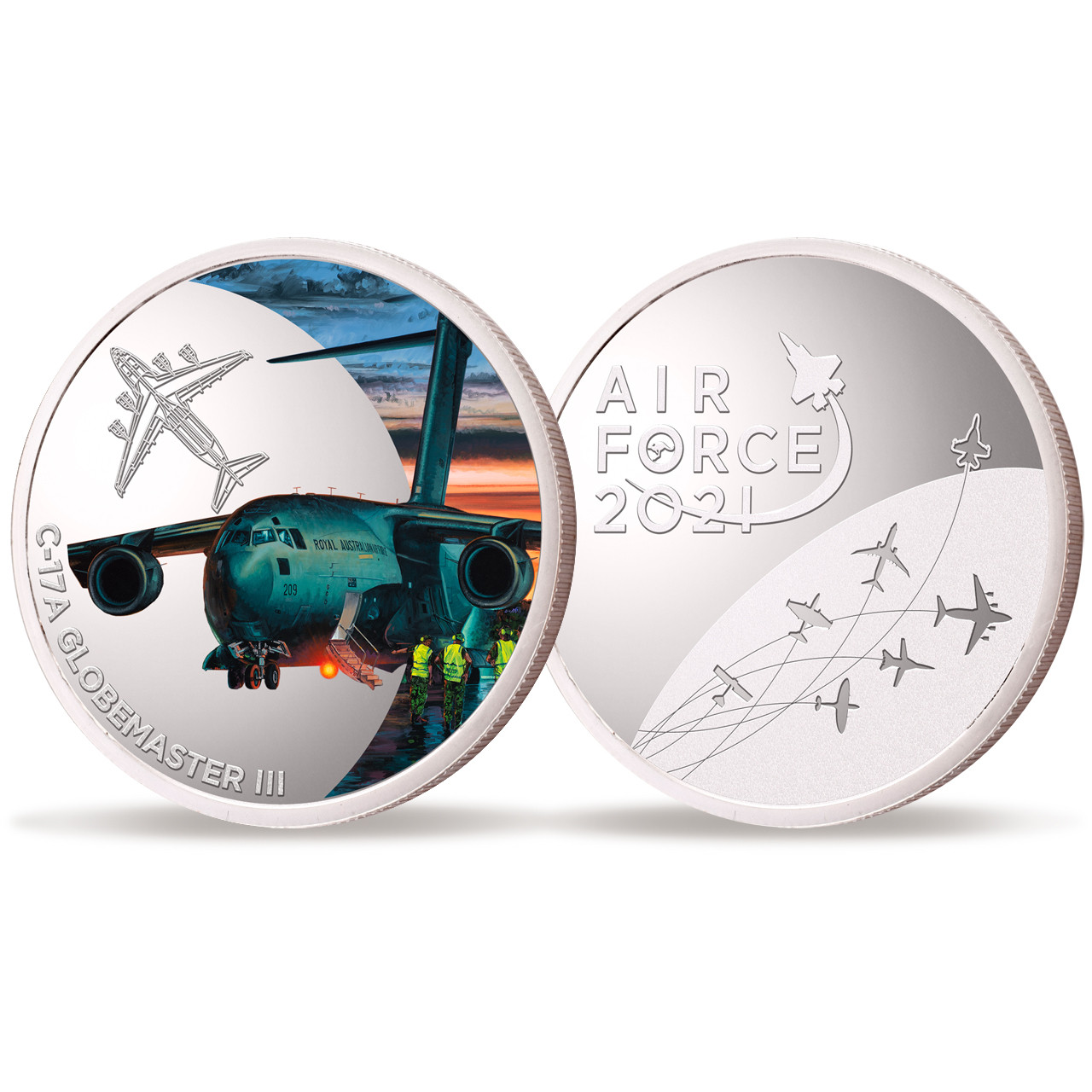 The Stunning Air Force 100 Limited Edition Medallion - C-17A Globemaster, plays a special part in the commemoration of the Air Force Centenary in 2021.

The Royal Australian Air Force took delivery of its first C-17 in 2006 with it arriving in Canberra, on the 4th of December that year. The aircraft was formally accepted in a ceremony at Fairbairn shortly after arrival. All the Australian C-17s are operated by No. 36 Squadron and are based at RAAF Base Amberley in Queensland.

Then. Now. Always.
By purchasing this product you are supporting the RAAF restoration projects.