No One Left Behind Book

THE REMARKABLE LIFE OF KEITH PAYNE FOR THE FIRST TIME TOLD IN HIS OWN WORDS IN THIS DEFINITIVE AUTOBIOGRAPHY.
No One Left Behind traverses a lifetime of service, from the battlefields of Korea, Malaya and Vietnam through to the modern battlefields of advocacy. A wonderful exploration of the life of an iconic Australian through the trials and turmoil of a big-hearted man fighting for his mates throughout his life.
No One Left Behind, the autobiography from Keith Payne VC, featuring a Foreword by Mark Donaldson VC. 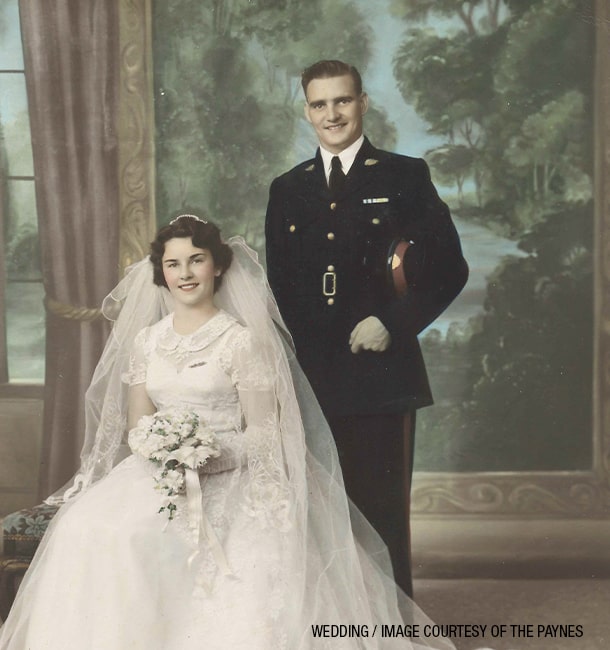 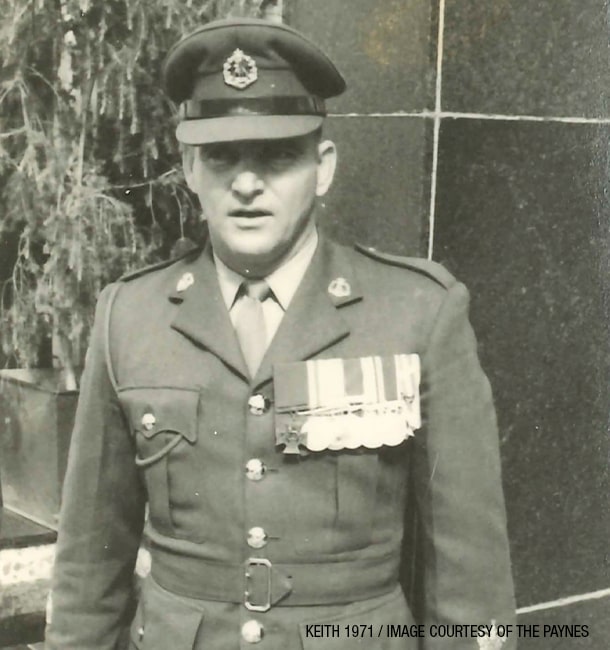 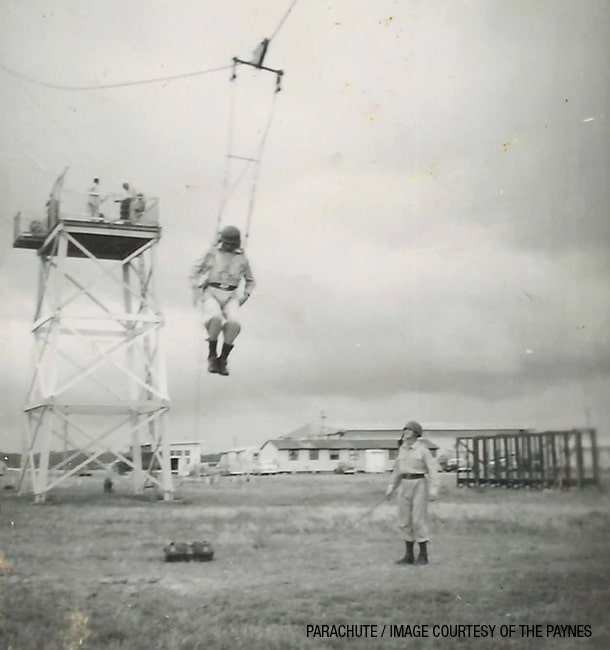 EXPLORE A FIRST LOOK AT THE STORY OF AN AUSTRALIAN LEGEND. 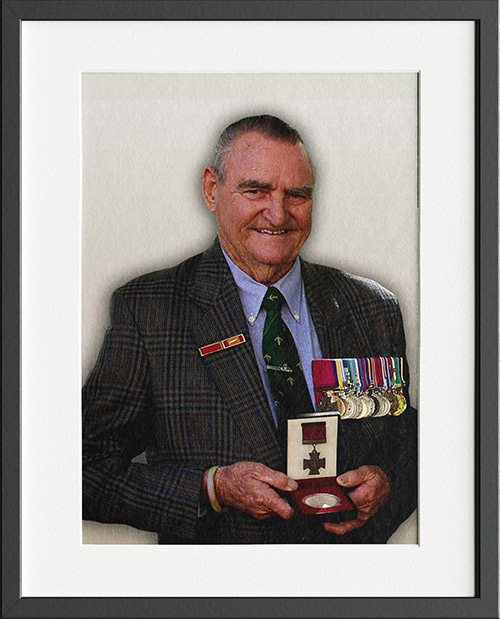 Keith Payne is the oldest living Australian recipient of the original Victoria Cross. Awarded the Victoria Cross in 1970, Mr Payne earned 23 service medals over the course of his military career, as well as a Medal of the Order of Australia. He is one of the most decorated soldiers of Australia and continues to inspire others through his ongoing advocacy and commitment to serving others. 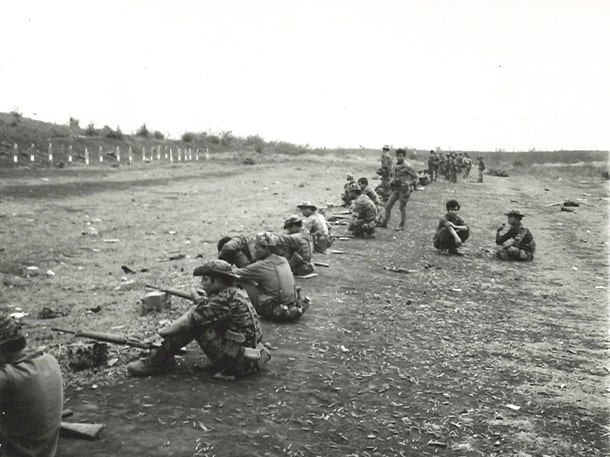 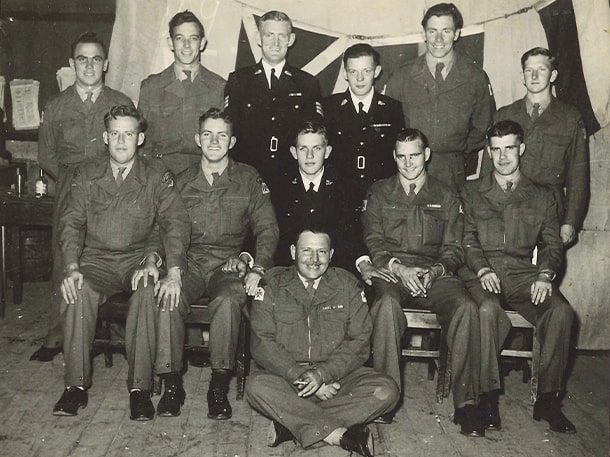 Enoggera 1954 / Image courtesy of the Paynes 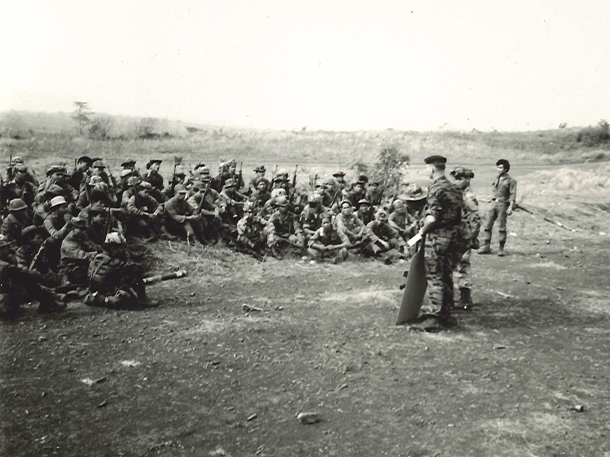 Keith Payne in Vietnam 1969 / Image courtesy of the Paynes 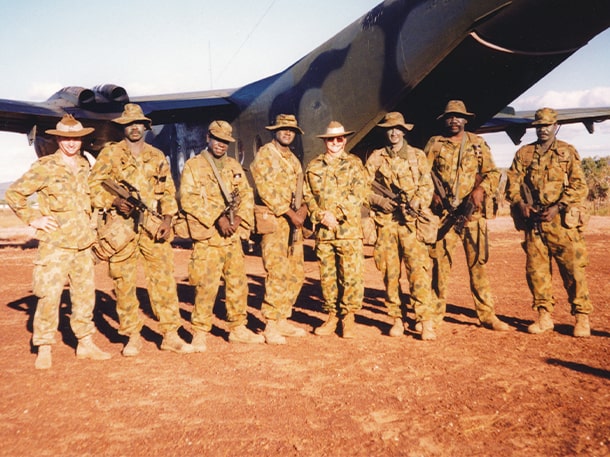 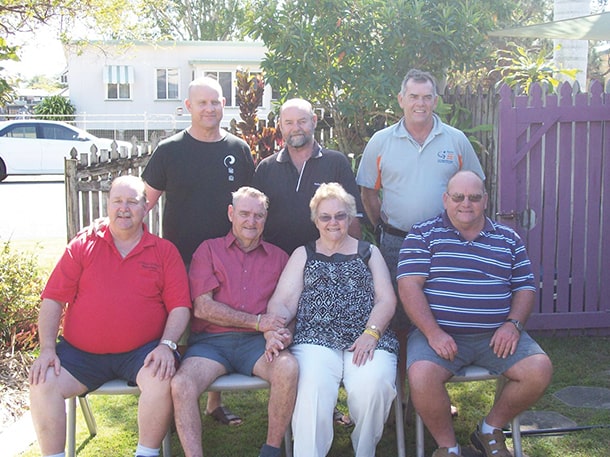 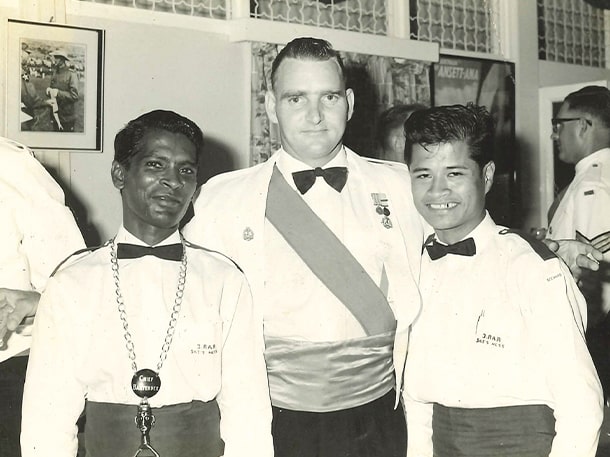 Malacca / Image courtesy of the Paynes 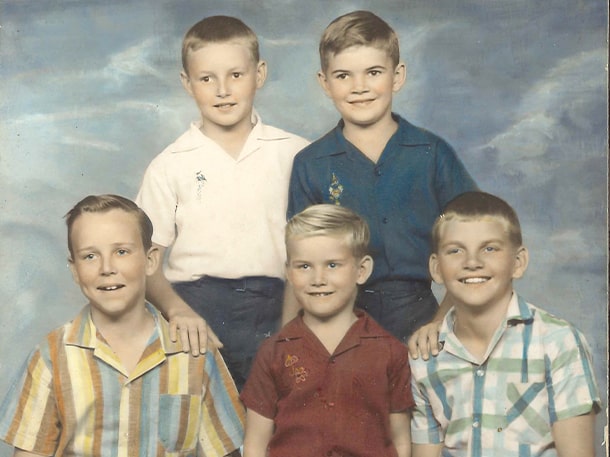 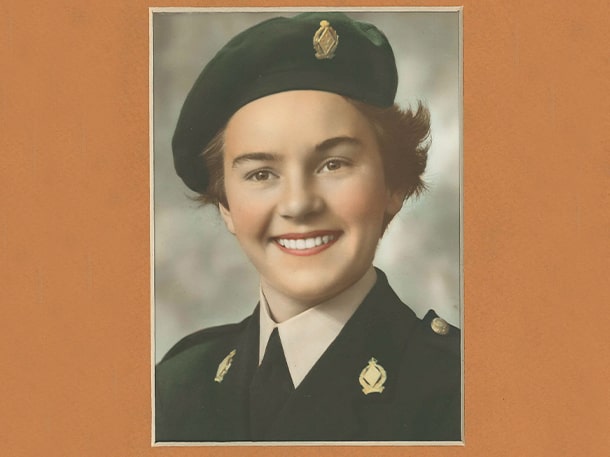 Flo in the army / Image courtesy of the Paynes 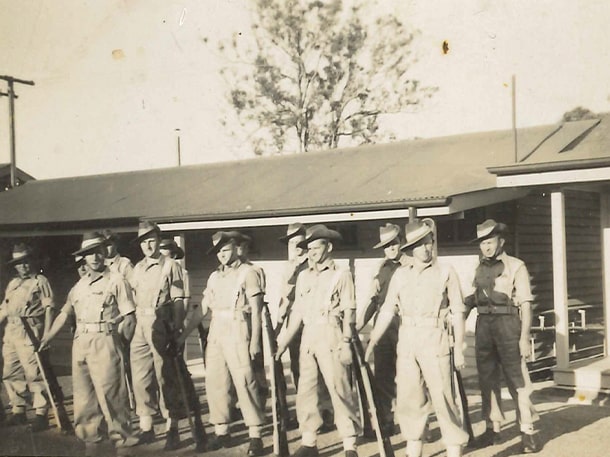 Training / Image courtesy of the Paynes 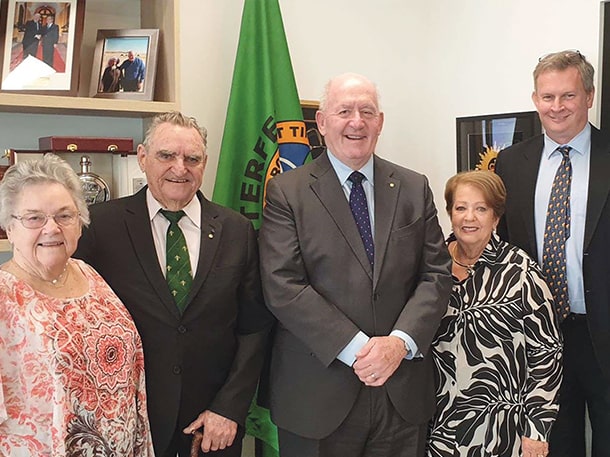 Untitled / Image courtesy of the Paynes 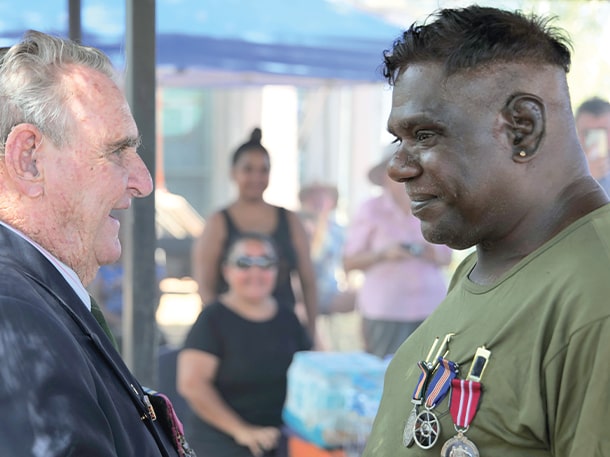 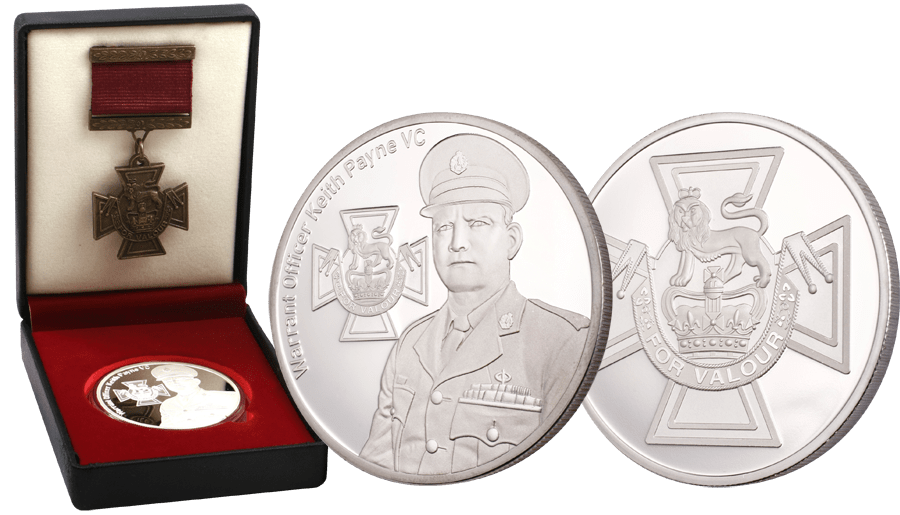 A fantastic bundle reflecting on the extraordinary life so far of Keith Payne VC in his own words.
This bundle combines the new release No One Left Behind with the unique Keith Payne VC Limited Edition Proof Medallion.
A perfect set to commemorate the remarkable life and service of an understated Australian hero. 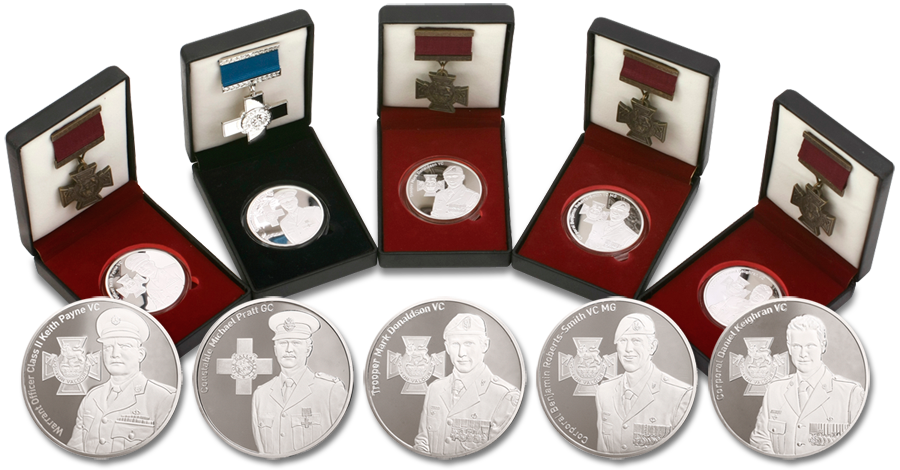 IN THE SERVICE OF OTHERS

“Support for Soldier On is a follow-on from what Flo and I have been doing for many years, from looking after veterans’ claims for compensation through DVA, to taking issues in support of serving members to the ADF , to the veteran community or to the Federal Government – so we can Soldier On.”
Keith Payne VC

The QUEEN has been graciously pleased, on the advice of Her Majesty’s Australian Ministers, to approve the award of the Victoria Cross to the undermentioned: Warrant Officer Class II Keith PAYNE, 12222. Royal Australian Infantry Regiment.

On 24th May 1969, in Kontum Province, Warrant Officer Class II Payne was Commanding 212th Company of 1st Mobile Strike Force Battalion when the battalion was attacked by a North Vietnamese force of superior strength. The enemy isolated the two leading companies, one of which was Warrant Officer Class II Payne’s, and with heavy mortar and rocket support assaulted their position from three directions simultaneously. Under this heavy attack the indigenous soldiers began to fall back. Directly exposing himself to the enemy’s fire, Warrant Officer Class II Payne, through his own efforts, temporarily held off the assaults by alternately firing his weapon and running from position to position collecting grenades and throwing them at the assaulting enemy. While doing this he was wounded in the hands and arms. Despite his outstanding efforts, the indigenous soldiers gave way under the enemy’s increased pressure and the Battalion Commander, together with several advisors and a few soldiers, withdrew. Paying no attention to his wounds and under extremely heavy enemy fire, Warrant Officer Class II Payne covered this withdrawal by again throwing grenades and firing his own weapon at the enemy who were attempting to follow up. Still under fire, he then ran across exposed ground to head off his own troops who were withdrawing in disorder. He successfully stopped them and organised the remnants of his and the second company into a temporary defensive perimeter by nightfall.

Having achieved this, Warrant Officer Class II Payne of his own accord and at great personal risk, moved out of the perimeter into the darkness alone in an attempt to find the wounded and other indigenous soldiers. Some had been left on the position and others were scattered in the area. Although the enemy were still occupying the previous position, Warrant Officer Class II Payne, with complete disregard for his own life, crawled back on to it and extricated several wounded soldiers. He then continued to search the area, in which the enemy were also moving and firing, for some three hours. He finally collected forty lost soldiers, some of whom had been wounded, and returned with this group to the temporary defensive perimeter he had left, only to find that the remainder of the battalion had moved back. Undeterred by this setback and personally assisting a seriously wounded American advisor he led the group through the enemy to the safety of his battalion base. His sustained and heroic personal efforts in this action were outstanding and undoubtedly saved the lives of a large number of his indigenous soldiers and several of his fellow advisors. Warrant Officer Class II Payne’s repeated acts of exceptional personal bravery and unselfish conduct in this operation were an inspiration to all Vietnamese, United States and Australian soldiers who served with him. His conspicuous gallantry was in the highest traditions of the Australian Army.