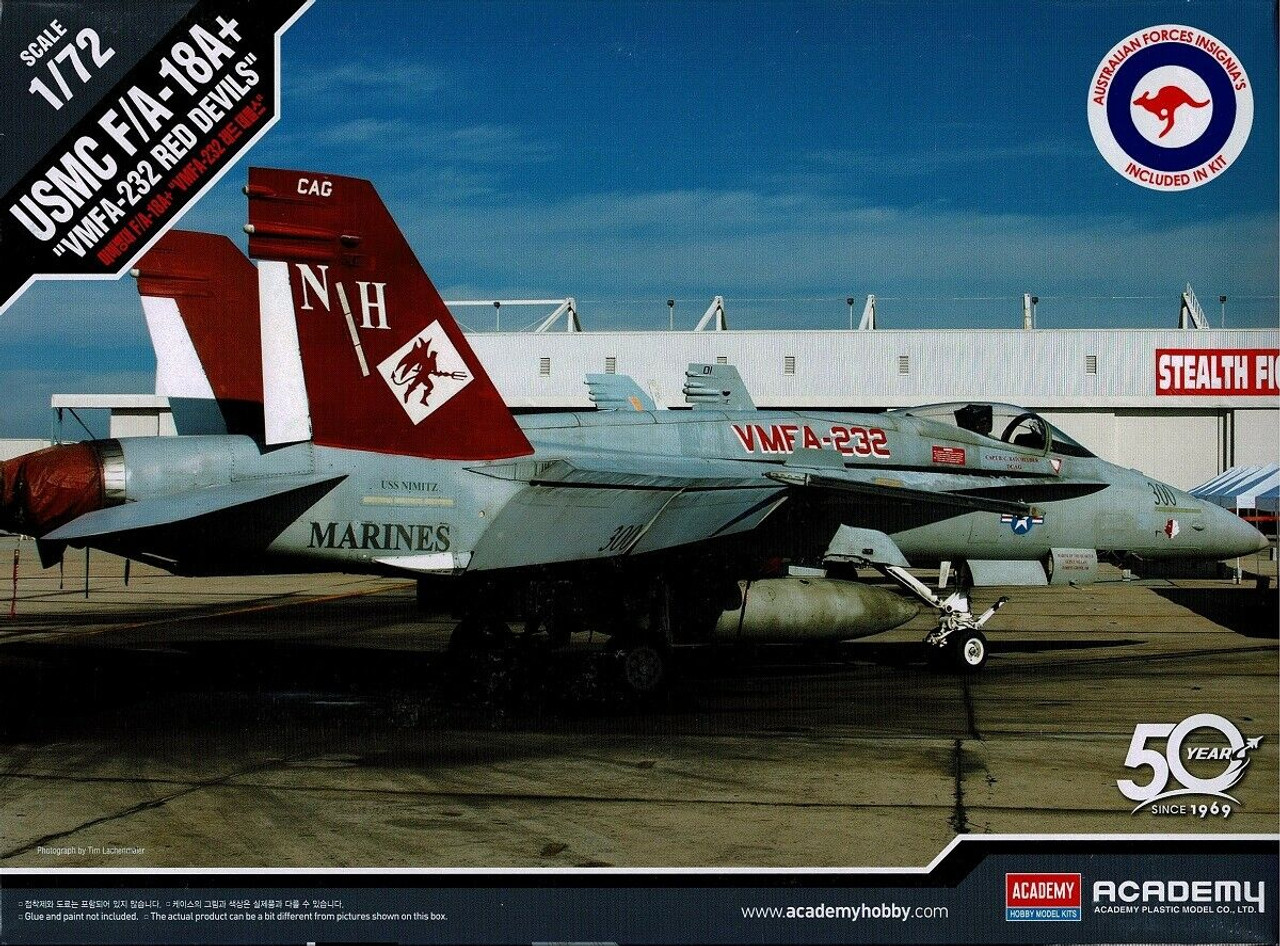 The first RAAF Super Hornet was completed in 2009 and first flew from Boeing's factory in St. Louis, Missouri on 21 July 2009.RAAF crews began training in the U.S. in 2009. The RAAF's first five F/A-18Fs arrived at their home base, RAAF Base Amberley in Queensland, on 26 March 2010; and were joined by six more aircraft on 7 July 2010. Following the arrival of another four aircraft in December 2010, the first RAAF F/A-18F squadron was declared operational on 9 December 2010.

In December 2012, the Australian government sought information from the United States about the cost of acquiring a further 24 F/A-18Fs, which may be purchased to avoid a capability gap due to F-35 program delays. In February 2013, the U.S. Defense Security Cooperation Agency notified Congress of a possible Foreign Military Sale to Australia for up to 12 F/A-18E/F and 12 EA-18G Growler aircraft with associated equipment, training and logistical support. In May 2013, Australia announced they would retain the 24 F/A-18F instead of converting them, and will order 12 new EA-18Gs. In June 2014 Boeing was awarded the contract for the 12 EA-18Gs, and the first EA-18G for Australia was rolled out on 29 July 2015.

On 24 September 2014, eight RAAF F/A-18Fs, along with a tanker, an early warning aircraft, and 400 personnel arrived in the United Arab Emirates to take part in operations against Islamic State (IS) militants. On 5 October 2014, the RAAF officially started combat missions over Iraq, with a pair of F/A-18Fs armed with GPS guided bombs and a KC-30A refuelling aircraft; they returned safely to base without attacking targets. On 8 October 2014, an Australian Super Hornet conducted its first attack against IS forces, dropping two bombs on an ISIL facility in northern Iraq. In 2017, the Royal Australian Air Force replaced the No. 6 Squadron RAAF Super Hornets with EA-18G and transferred No. 6's Super Hornets to No. 1 Squadron RAAF.