of the Second World War 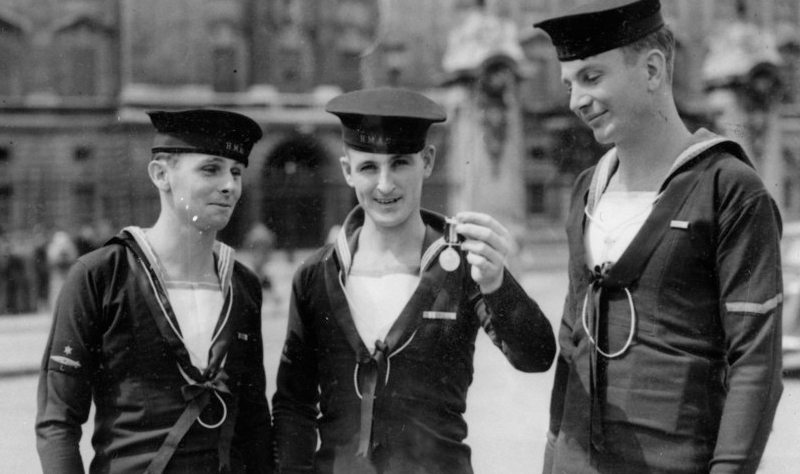 More than 993,000 Australians served in the armed forces during World War II, between the declaration of war on Germany on 3 September 1939 and the surrender of Japan on 14 August 1945. Compared to WWI, twice as many Australians served in WWII, doing so in far-flung theatres of war ranging from Western Europe to the South Pacific. From 1942 onward, Australian troops played a decisive role in the Pacific theatre in an attempt to halt Japanese expansion in the region. 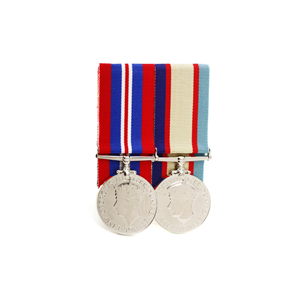 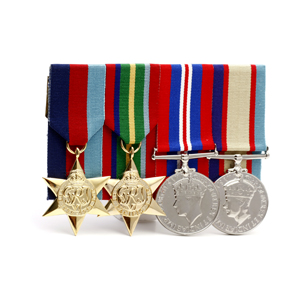 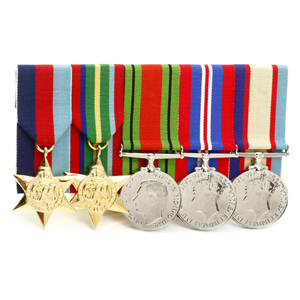 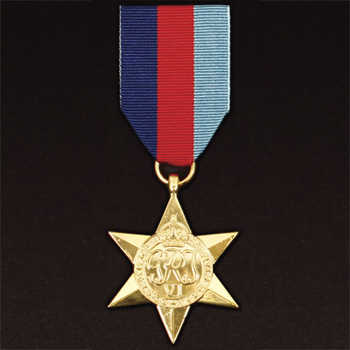 This is the first of nine campaign medals in the form of bronze stars that were issued for service during WWII. The 1939-1945 Star was awarded to Army and Navy personnel for 6 months operational service during the war. Air Force personnel qualified for the medal after 60 days of service in an operational unit. The ribbon consists of equal bands of dark blue, red and sky blue, symbolising the navies, armies and air forces of the Empire. 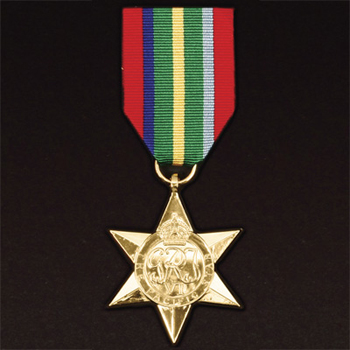 Another of the campaign stars that was frequently awarded to Australians was the Pacific Star. While the award criteria varied between the different services, any person who served ashore in the Pacific theatre became immediately eligible for the Pacific Star. 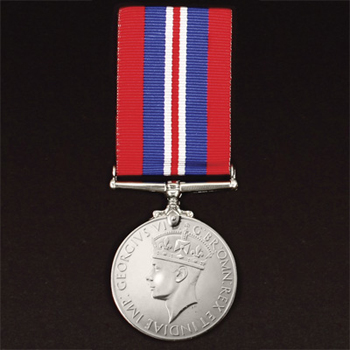 The War Medal was instituted at the conclusion of WWII in 1945. It was awarded for 28 days operational or non-operational service between 1939 and 1945. It is estimated that more than 6.5 million War Medals have been awarded across all parts of the Empire, making this perhaps the most commonly encountered medal. In emphasising the contribution of all those who served across the Empire, the ribbon evokes the colours and design of the Union Jack. 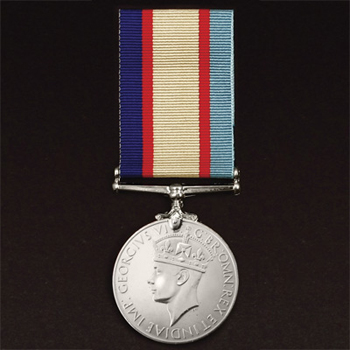 The ASM was instituted in 1949 to recognise Australian service during WWII. Whereas other campaign medals of the war were issued by Great Britain to all parts of the Empire, the Australian Service Medal was specifically awarded to Australians. Initially, the qualifying criteria for the award was 18 months full-time service or 3 years part-time service during the duration of the war. This was later reduced to 30 days and 90 days, respectively.

The medals of the ‘Pacific Four’ noted above is by no means an exhaustive list of WWII awards received by Australians. Other campaign stars are also frequently awarded, including the Africa Star, Italy Star and Burma Star, for those who saw operations service in these theatres of the conflict. Australians who did not serve abroad were usually entitled to the War Medal and Australian Service Medal, commonly known as the ‘World War II Pair’.

If you are in possession of a relative’s medals that you would like to identify or have restored and mounted, Military Shop can provide you with reliable and professional advice. We can also create replica sets of your ancestors’ medals to keep the memory of their service alive in your family and across generations. You can also order mounted WWII replica sets through our website.