Medals of the First World War 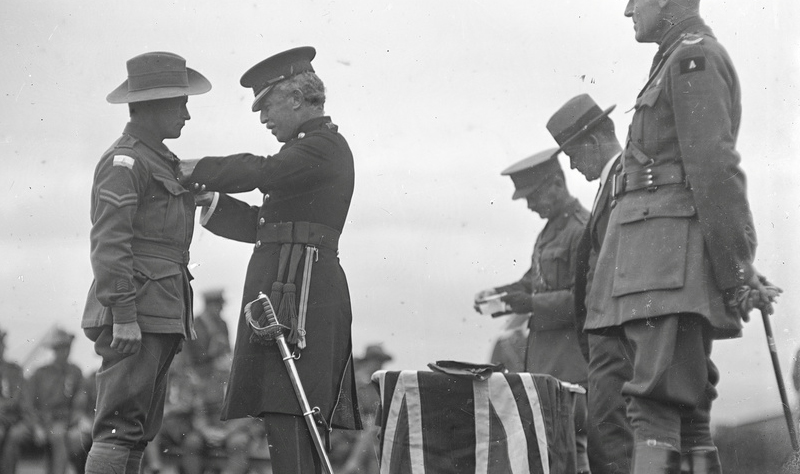 At the conclusion of the First World War in 1918, more than 416,000 Australians had enlisted for service. This figure is even more remarkable when noting that the nation’s population at that time was less than five million, and that Australia was one of only two countries that did not conscript combatants during the War.

As a result of Australia’s significant involvement in the Great War, many families still have a direct link to this conflict through the medals that their ancestors received for their service. Such medals are often treasured as heirlooms and handed down from one generation to the next. By virtue of being a Dominion of the British Empire at the time, Australians were eligible for a wide variety of Imperial honours and awards. The three medals below were by far the most common. 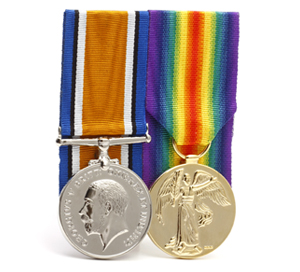 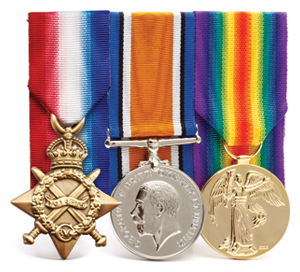 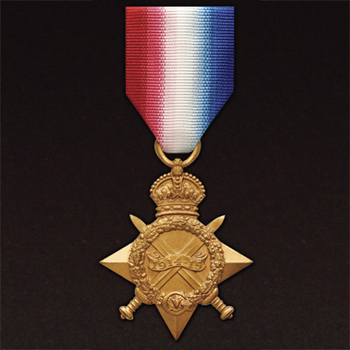 This campaign medal was awarded to all officers and men of the British and Imperial forces who served between the commencement of the War on 5 August 1914 and 31 December 1915. Australians and New Zealanders who fought in the Gallipoli Campaign were also eligible to receive the 1914-1915 Star. The watered silk ribbon of the 1914-1915 Star features the Imperial colours of red, white and blue. 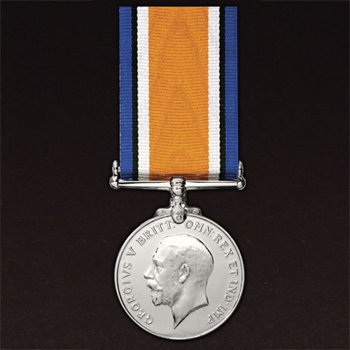 This medal was instituted in 1919 to recognise the service of all those who participated during the conflict. In contrast to the 1914-1945 Star, the criteria for the British War Medal was 28 days operational service between 1914 and 1920. The medal design features Saint George wielding a sword and mounted on horseback, trampling upon the German Empire’s coat of arms as well a skull and crossbones (symbolising death). With more than 6.5 million British War Medals issued, this is the most numerous of the First World War medals. 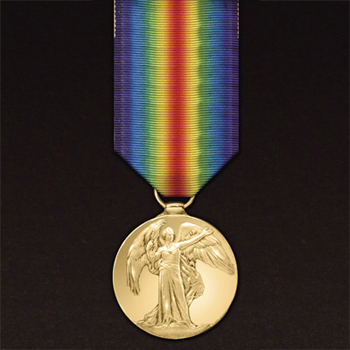 As the name suggests, the Victory Medal marks the successful conclusion of the War by the Allied nations. The design features a winged female figure of Victory in bronze. The distinctive ribbon features the colours of two rainbows meeting in the middle, symbolising the passing of a great conflict as a rainbow heralds the passing of a violent storm.

When encountered together, these three medals are referred to as the ‘World War One Trio’. Due to the award criteria of the 1914-1915 Star, recipients of the Trio would have enlisted at the beginning of the war in 1914 or 1915. Those who enlisted after 1915 would not be eligible for the 1914-1915 Star, and would have received the British War Medal and Victory Medal, together known as the ‘World War One Pair’ or ‘Duo’. None of these medals were issued alone, and a recipient would always be entitled to at least two of the three medals discussed above.

If you have lost your ancestor’s WWI medals and are looking for replacement, or if you want to have additional replica sets made for family members, our medal specialists are able to assist you. We can restore and remount original medals if they have become tarnished or require replacement ribbons, as well as creating replica sets. Since we usually carry stock of World War One ‘Pairs’ and ‘Trios’, all you need to do is visit our Canberra store. Alternatively, you can place an online order through our website.