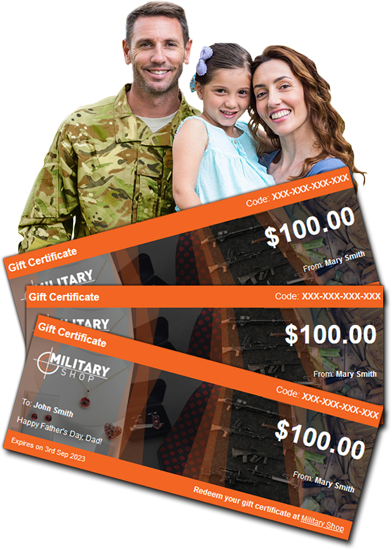 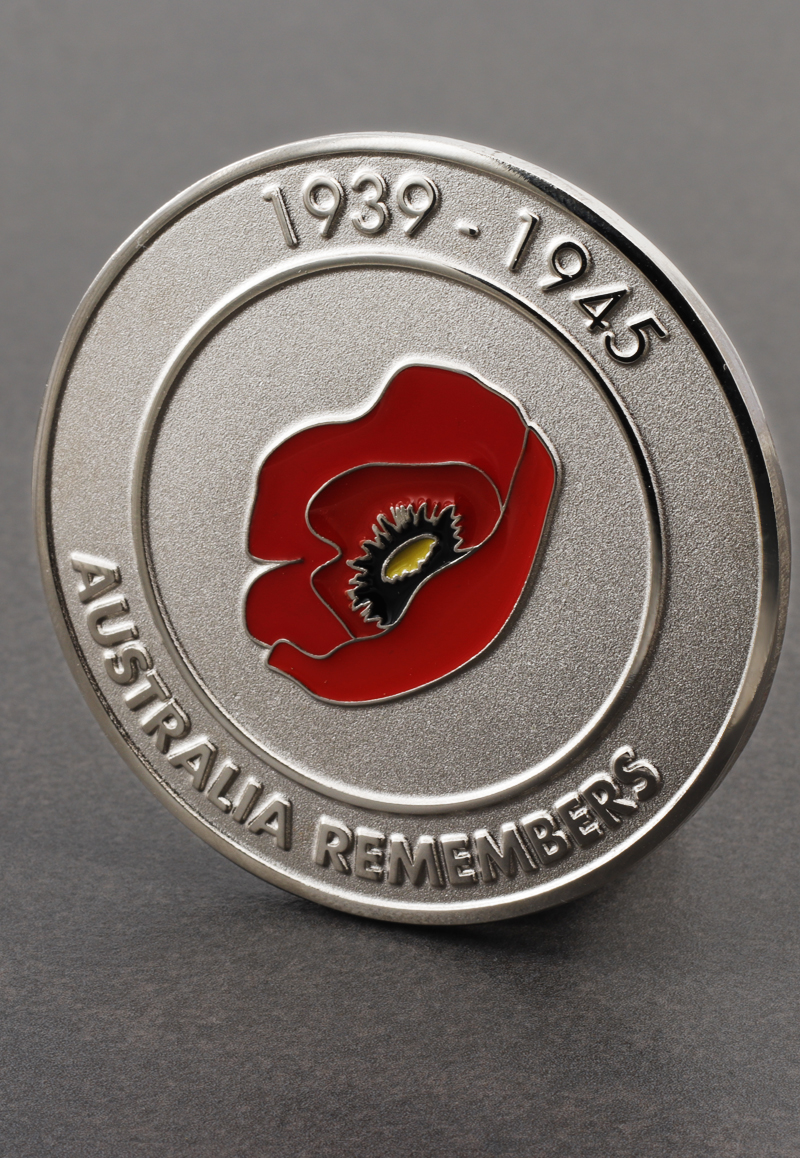 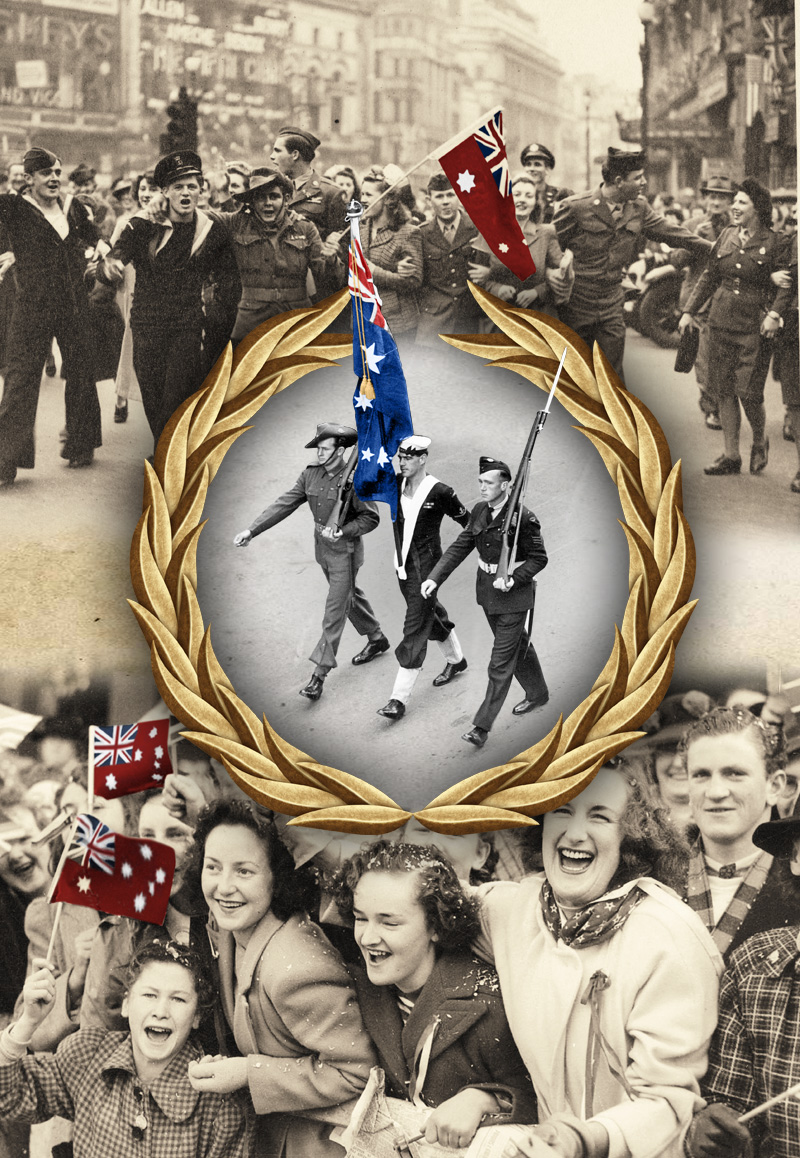 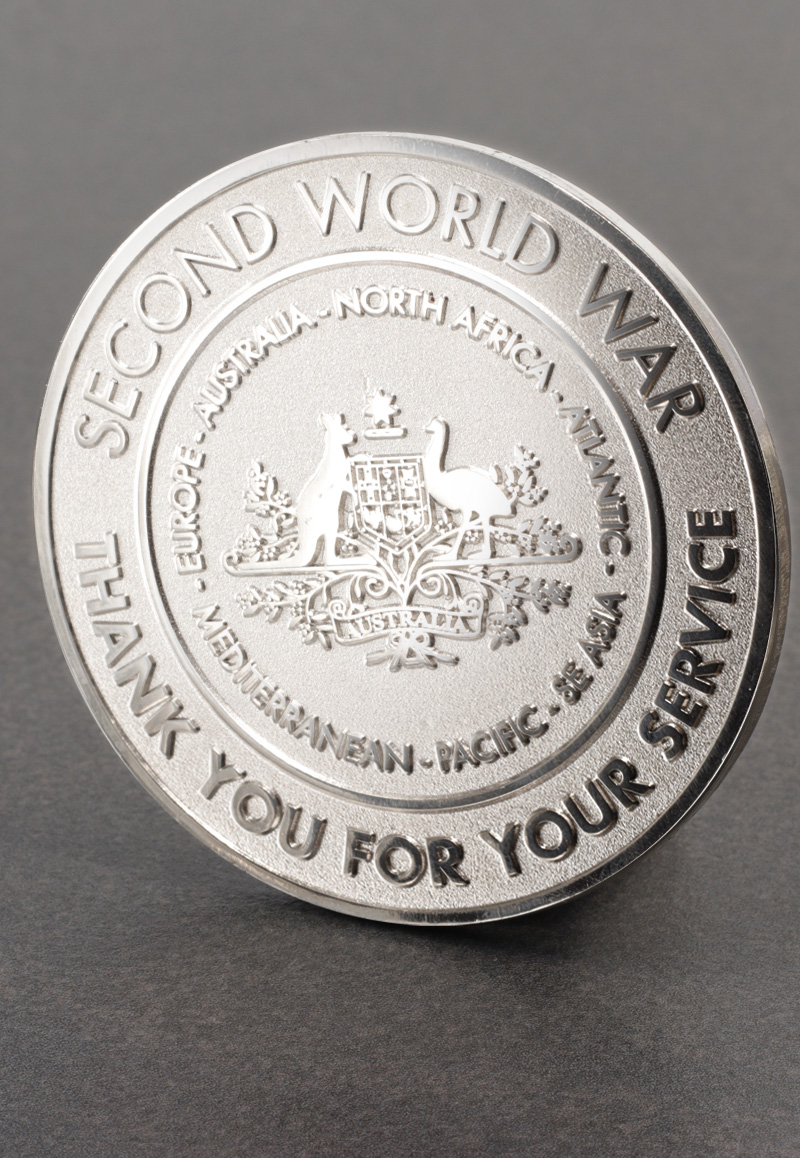 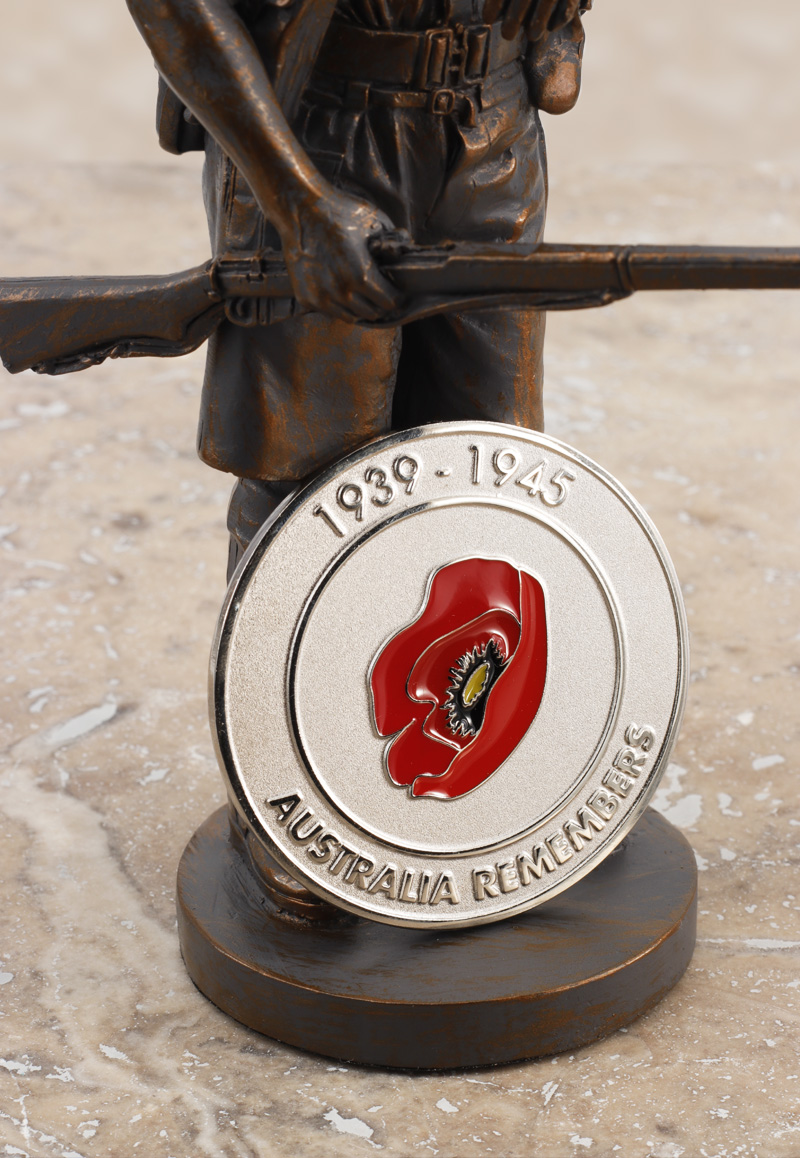 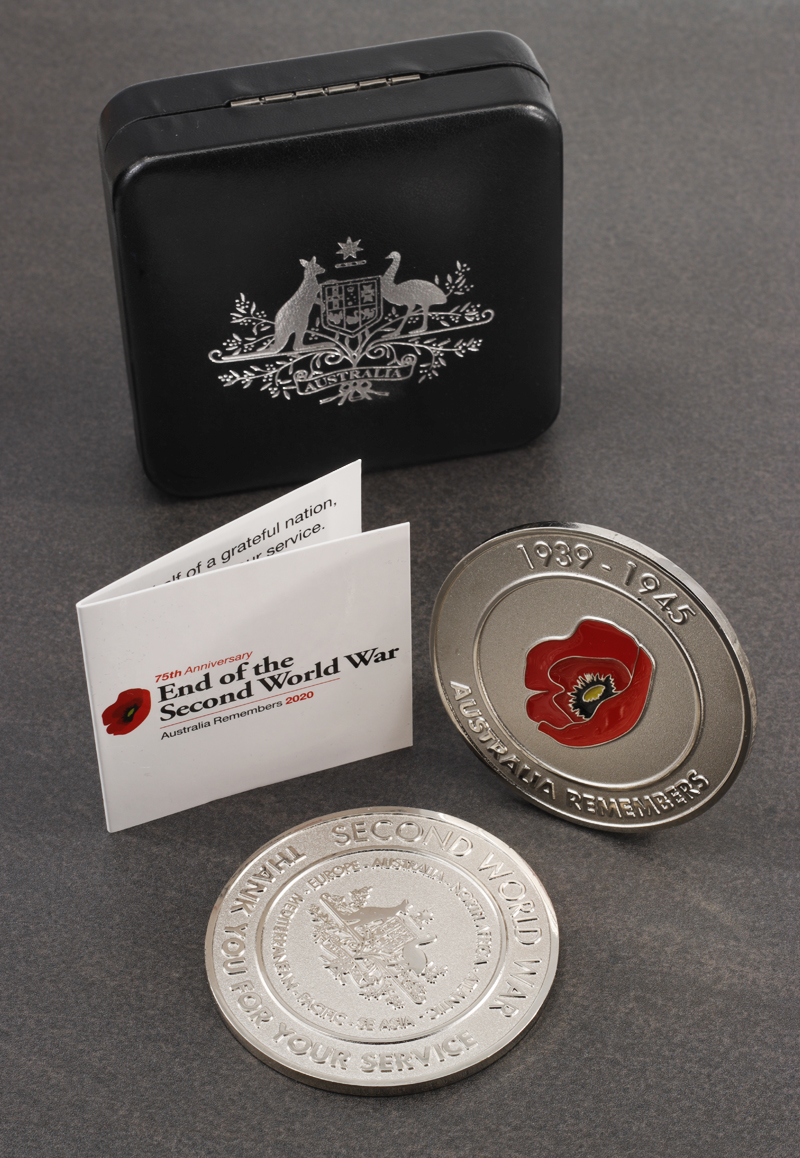 A special commemorative medallion marking the 75th anniversary of the end of the Second World War is now available to every living Second World War veteran to say ‘thank you for your service’.

Minister for Veterans’ Affairs the Honourable Darren Chester MP launched the medallion and certificate in the lead up to the end of the Second World War commemoration on 15 August, awarding the first medallion to veteran Rose Jackson.

“As we approach this special anniversary, we recognise that it will be one of the last opportunities we have as a nation to publicly acknowledge the remaining veterans of the Second World War, of which there are around 12,000 still with us today,” Mr Chester said.

“These brave Australians served our nation in the far corners of the world, fighting in theatres of war from Europe to North Africa, the Mediterranean and the Middle East, to Asia and the Pacific, with the conflict also reaching Australian shores.

“Australia can never fully repay the debt we owe these amazing men and women but, to mark their service, the Federal Government is producing this Commemorative Medallion and Certificate of Commemoration for the remaining living Second World War veterans.”

The medallion, available to all living veterans who apply, will be presented in a display case and is a gesture of appreciation from a grateful nation to those veterans who fought to protect our way of life in the terrible conflict that ended 75 years ago.

Second World War veterans, or their families on their behalf, can apply online and for those without internet access, by phone during business hours. The Commemorative Medallions and Certificates will be distributed during August.

The obverse features the Commonwealth Coat of Arms, wording of appreciation and identify by name theatres of war that saw the significant involvement of Australian Armed Forces. The medallion reverse design utilises the poppy as the central symbol surrounded by the wording of ‘Australia Remembers’ and the beginning and end years of the Second World War.

The medallion is presented in a display case and will include a card that explains the design and contains a brief expression of thanks. The theatres of war detailed on the medallion are based on locations identified within the Commemorative Courtyard of the Australian War Memorial (AWM).

The design of the commemorative certificate complements the medallion. The design includes the Commonwealth Coat of Arms, ‘Australia Remembers’ wording and the beginning and end year of 75 years of the anniversary: 1945-2020.

The certificate will be contained within its own folder that will allow for independent display, framing and mounting.

BrandNet the team behind the Military Shop was honoured to be part of design team responsible for the commemorative medallion.

Military Shop can help you commemorate your family’s military service through inspired designs and beautifully crafted products to be passed down to future generations. We have been privileged to bring our nation’s military heritage to thousands of Australians through our work with the Australian Defence Force and veteran organisations. 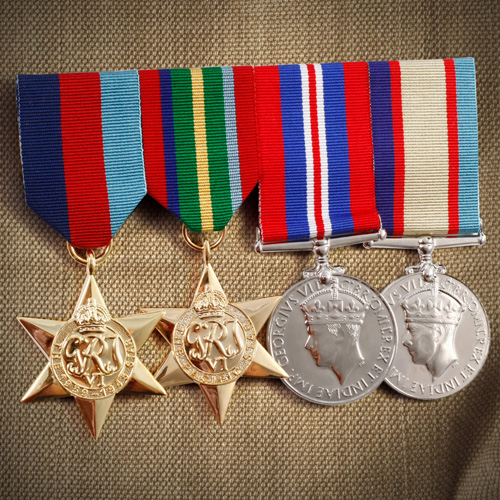 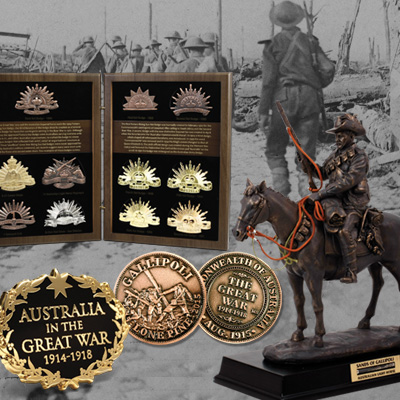 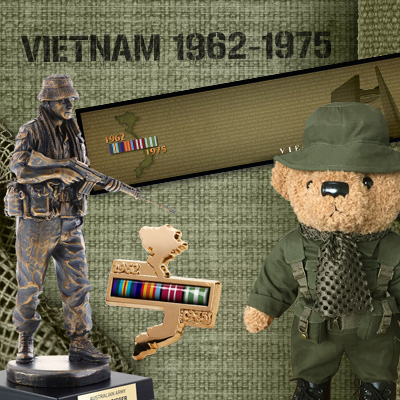 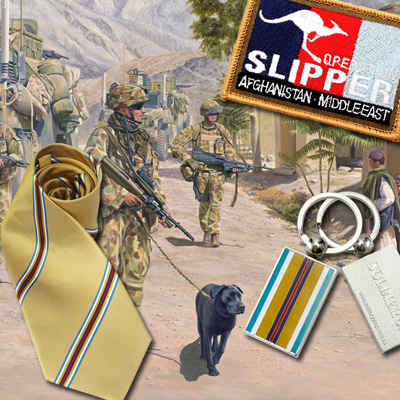