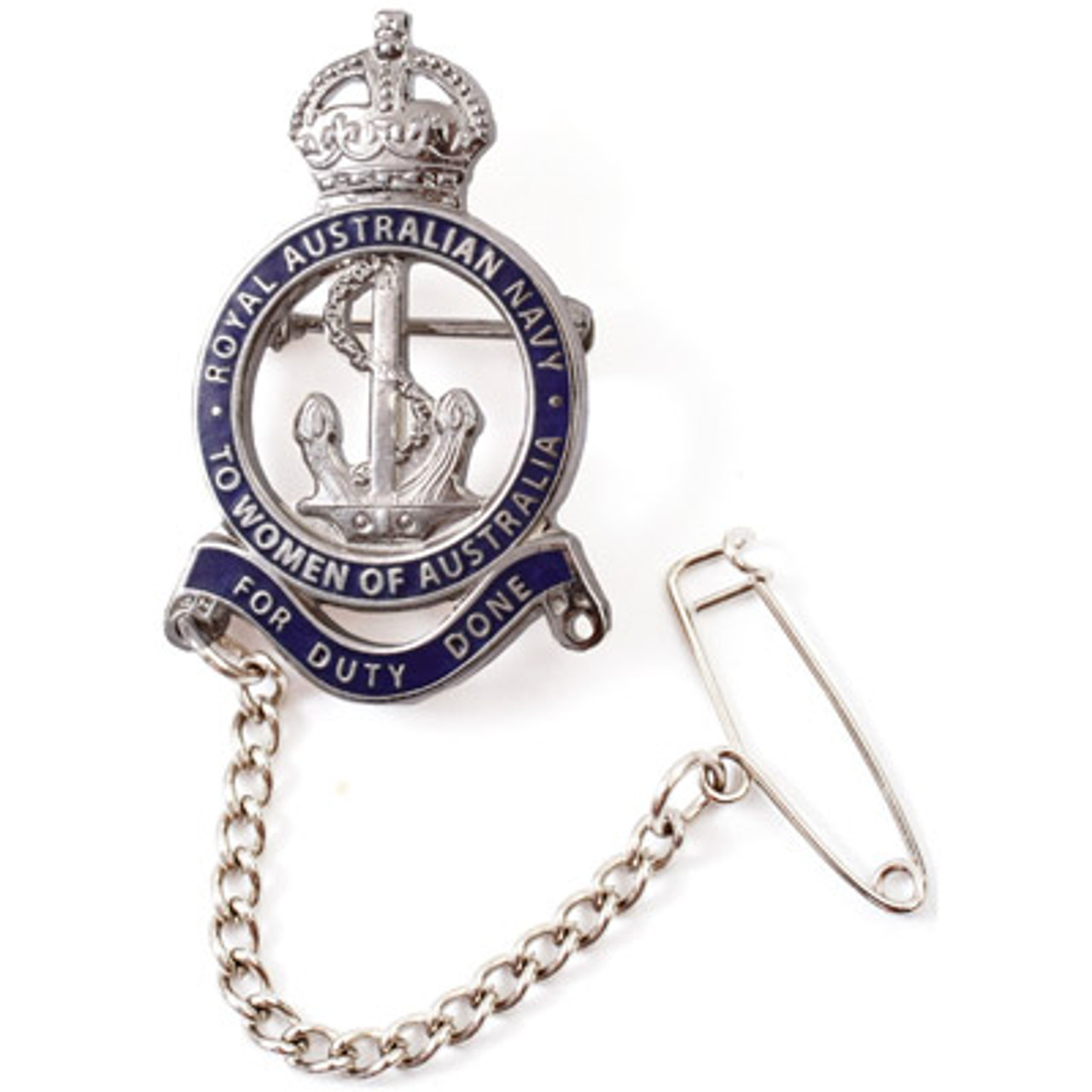 Description
The unique First World War RAN Female Relatives Badge In Box, order now from the military specialists. Beautiful replica of the special relative badge, give it to someone special at home. Share or wear a little-known piece of Australian military history. During both world wars the Australian Government established badges for issue to the nearest female relative of a member of the Australian forces who was on active service. The Royal Australian Navy Badge reproduced here was announced in June 1918 for issue to the nearest eligible female relative of members of the Royal Australian Navy who performed general naval sea service outside of Australian waters during the war. For single sailors the badge was issued to the mothers, or eldest unwed sister. For married sailors the badge was awarded to the mother and wife, or if a widower, the oldest unwed daughter, or if there was no daughter, the sailors' oldest unwed sister. A separate bar could be suspended beneath the badge for each additional relative serving. Presented in box with wrap card and badge details.
×