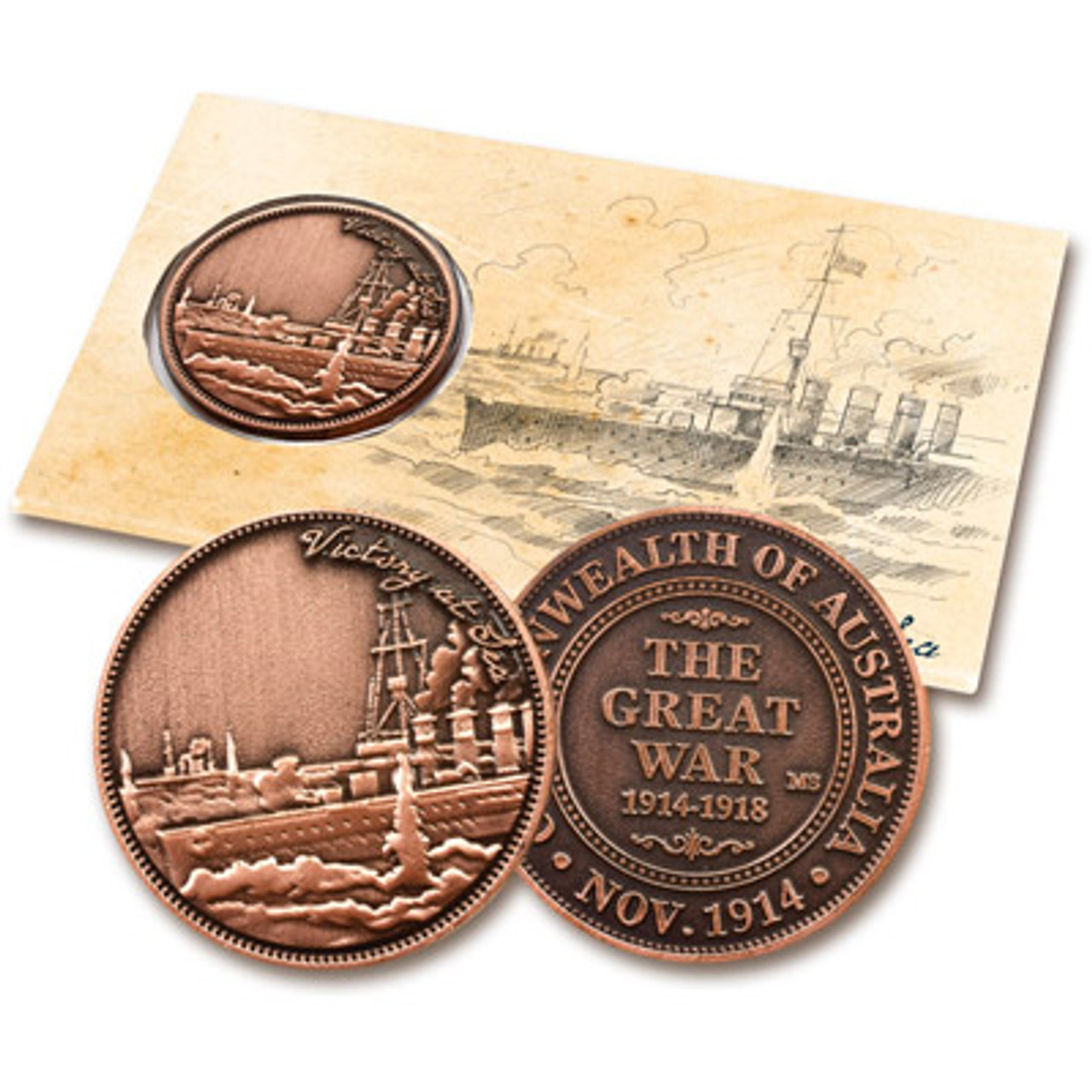 Description
The special Victory at Sea Penny In Blister Pack from the military specialists. Add it to your collection or share it with someone. This simple penny from the 'Australia in the Great War 1914-1918 Collection' captures Australia's first naval victory at sea when on the morning of 9 November 1914, HMAS Sydney veered from the convoy carrying the first Australian and New Zealand troops to the war to battle Germany's SMS Emden. Despite being hit first Sydney maintained relentless and accurate fire and within an hour and a half the Emden was ablaze on the rocks of North Keeling Island in the Cocos Keeling Islands group. Presented in blister pack with details on the enagement.
×