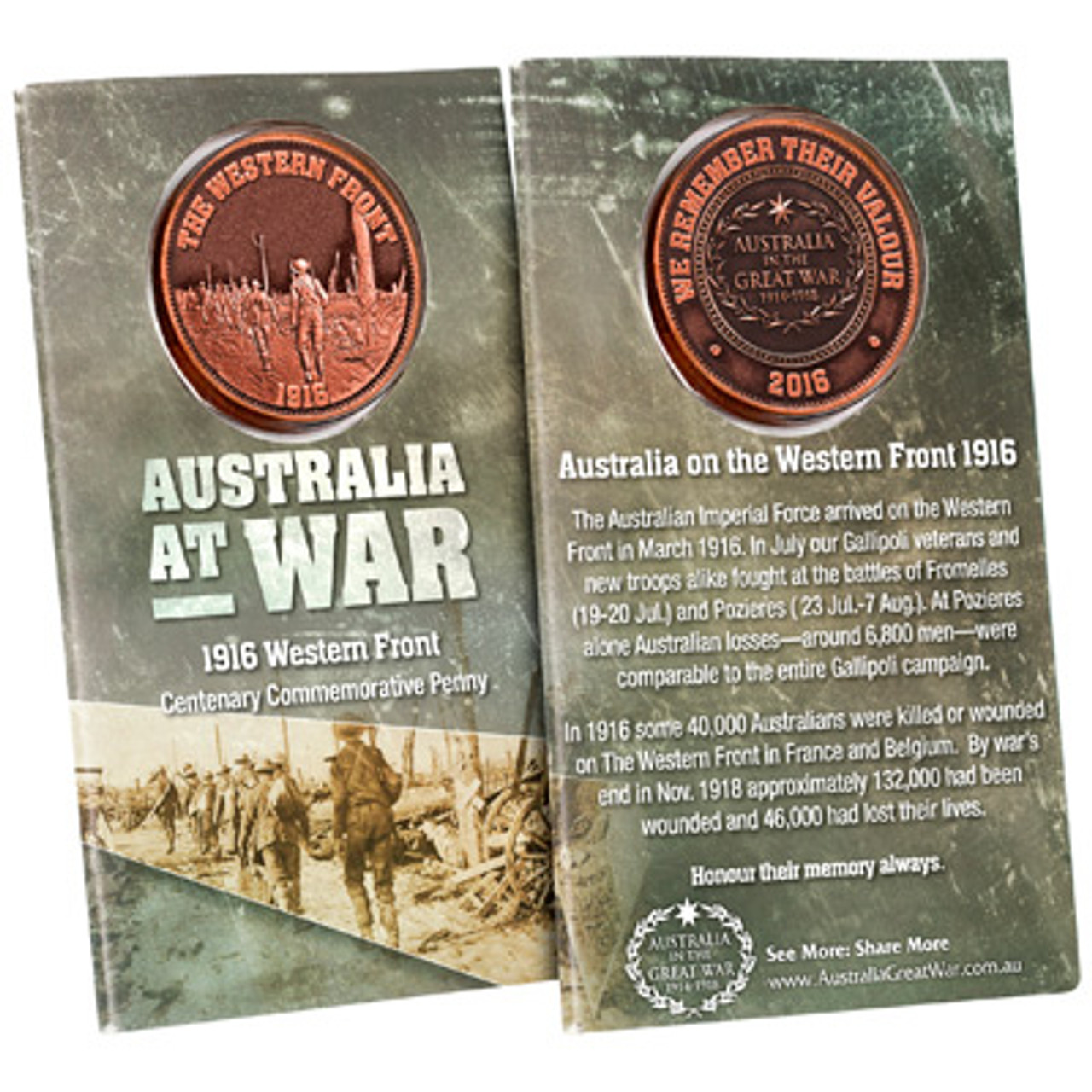 Description
Spectacular 32mm oxidised brass penny presented in a blister pack with information card. The Australian Imperial Force arrived on the Western Front in March 1916. In July our Gallipoli veterans and new troops alike fought at the battles of Fromelles (19-20 Jul.) and Pozieres ( 23 Jul.-7 Aug.). At Pozieres alone Australian losses - around 6,800 men - were comparable to the entire Gallipoli campaign. In 1916 some 40,000 Australians were killed or wounded on The Western Front in France and Belgium. By war's end in Nov. 1918 approximately 132,000 had been wounded and 46,000 had lost their lives.
1 Review
View All
1 Review
×