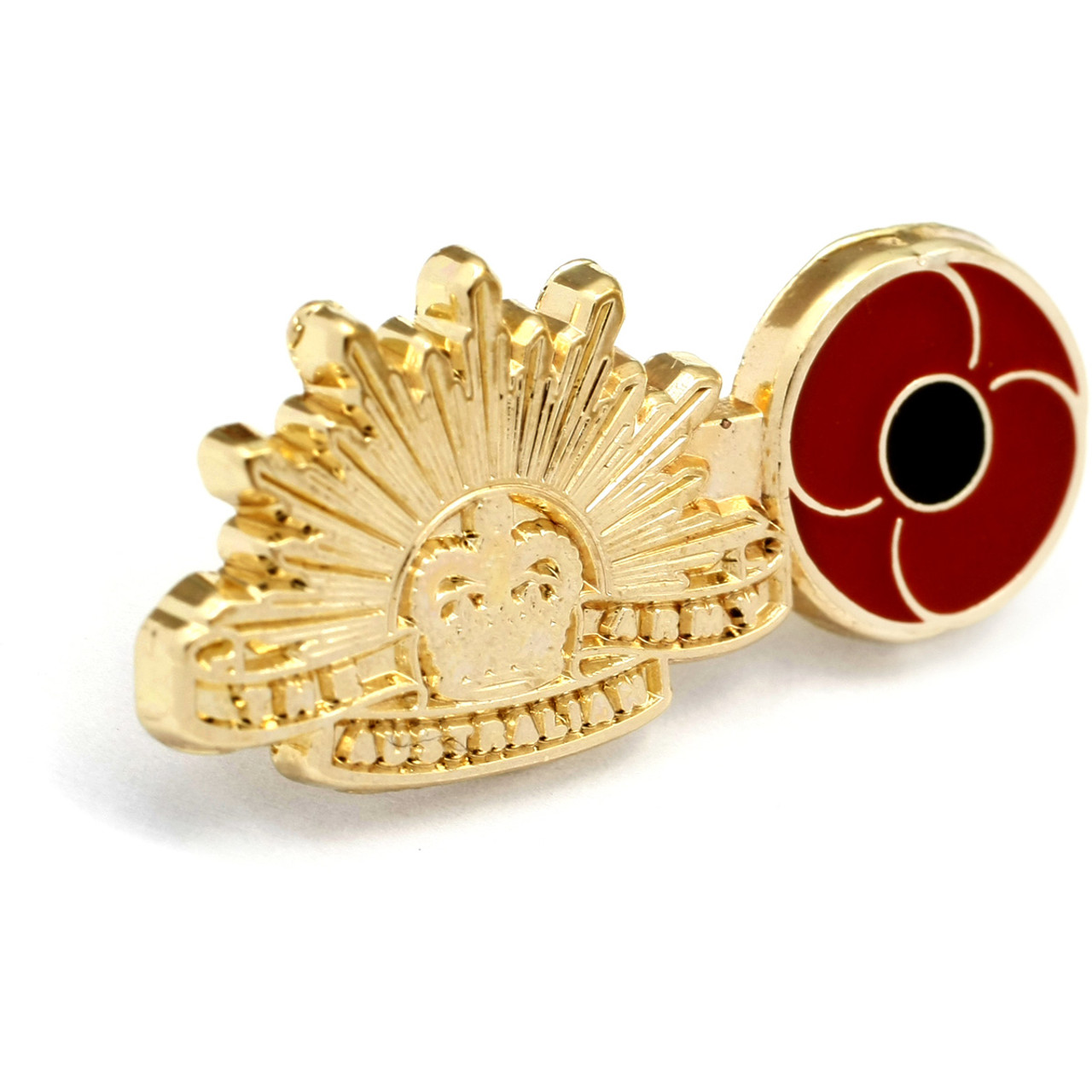 This stunning 25mm Rising Sun and remembrance poppy badge available from the military specialists honours all who have served in the Australian Army and their proud tradition of service. In 1901 soldiers of the six British Australian colonies were brought under the control of the newly formed Australian Commonwealth Government. This small army of professional and part-time soldiers became the Australian Military Forces.

During the First and Second World Wars Australia boosted its army by raising the 1st and 2nd Australian Imperial Force. In 1947, after the lessons of WW2, the Australian Regular Army was created to provide a stronger permanent force. In 1980 the title 'Australian Army' was officially recognised. Fixes with a secure butterfly and pin clasp.

Explore our range of Lapel Pins.