Australia in The Great War

A riveting story about the people, times and history of Australia in the war years. Created with passion to inspire a nation’s pride. Make it your story.

Listen to the words of John Murray, as he recounts his experiences of combat, hardship and mateship with the men of his battalion. The Great War Diary is available as an eBook, audiobook and in printed collectible instalments. 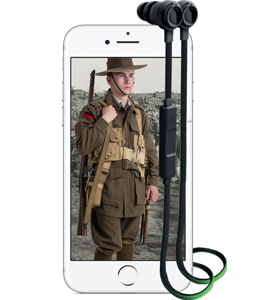 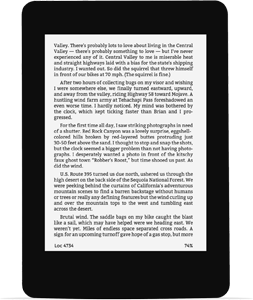 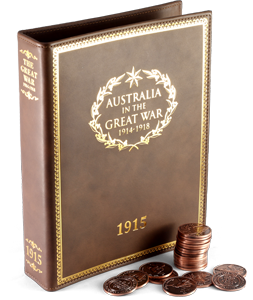 The Team Behind John Murray’s Diary

The John Murray that rose through the ranks of the AIF may be a fictional soldier but the places, battles, events and incidents he writes about really happened. The Great War Diary is the product of thousands of hours’ worth of archival research and painstaking investigation.

The project is fortunate to count among its contributors the leading Australian military historian, the late Graham Wilson. He brought boundless knowledge and enthusiasm to the project in equal measure. Other historians that consulted on the historical background of the diary are Steve Wilson and Darryl Kelly.

Various institutions were generous with their time and resources in supporting the creation of the Great War Dairy. The events of the diary were reconstructed from primary source material, and the institutions that preserve Australian history played a major role by making these sources accessible to the writing team. We are grateful to the Australian War Memorial Research Centre, the National Library of Australia, the State Libraries of Victoria, South Australia and NSW, and also the Returned & Services League of Australia for opening their historical collections to us.

When the records and paperwork left us guessing, we were fortunate to the able to call on the assistance of experts and enthusiasts to share their knowledge, such as the Department of Defence Army History Unit’s Dr Roger Lee, Dr Andrew Richardson and Craig Johnston. On matters concerning the famous Australian Light Horse, the passion and encyclopaedic knowledge of Phil and Debbie Chalker was indispensable.

Since its inception, the Great War Diary project has been driven by Stephen Davie’s passion for sharing Australia’s history. The research was brought to life through the writing and editing of Ian Paterson, the sketches of Drew Harrison, Steve Rainey’s design and illustrations, Anderi Abdulhamid’s layout and typesetting and Manish Jha who oversaw the production process. The voice of the Great War Diary audiobook is Scott McCann.